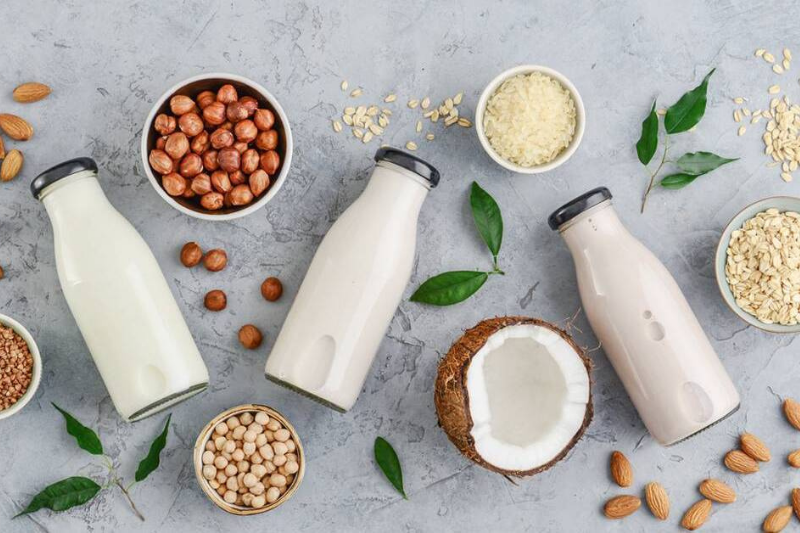 In October 2020, during the CAP reform votes, the European Parliament rejected a proposal to ban the use of words such as ‘sausage” or “burger” to describe vegan or vegetarian meat alternative products.

However, in a surprise move, the European Parliament (EP) voted in favour of another amendment, known as the “dairy ban”, which prohibits plant-based or vegan milk producers, trading in the EU, from using dairy related terms to describe their products.

A ruling by the European Court of Justice in 2017 had already banned the words “oat milk” and “soya yoghurt” on packaging, but amendment 171 takes the ban further and prevents producers from using terms such as “dairy-free”, “creamy”, “yoghurt-style” or “does not contain milk”.

What is more, under the new rules, alternative milk producers would be banned from using packaging designs that resemble dairy products, such as milk cartons or even yoghurt pots.

The powerful European dairy industry, that lobbied for this amendment, argues that “the ban on the use of dairy-related terms is necessary to protect consumers and to make sure they are not confused” when purchasing alternative milk products.

Louise Davies from The Vegan Society, a UK-based charity advocating veganism, says that “Plant-based products are already banned from using terms like ‘milk’ or ‘butter’ – despite there being not a single piece of evidence to suggest consumers are confused by these words. We are perplexed by this decision by MEPs, who should be doing all they can to support the consumption of plant-based products, to address the growing climate crisis,” she explains.

The argument that consumers may be confused when buying vegan milk products doesn’t stand. In fact, an online survey conducted in the US by the International Food Information Council found ‘that despite claims by the dairy industry, consumers are not confused by vegan milk being labeled as “milk”. On the contrary, the survey, which “explores the comprehension of milk and non-dairy alternatives among 1000 US consumers”, concluded that the majority of people understood that plant-based “milk” products do not actually contain milk.

What is more, this new rule could potentially put the alternative vegan milk industry in jeopardy, as producers will be forced to “rebrand, rename and rethink their marketing strategies, with serious additional costs”.

According to a consumer study conducted by Berlin-based vegan supermarket Veganz in 2020, veganism in Europe is on the rise. Within the last four years, the number of vegans in Europe is estimated to have “doubled from 1.3million to 2.6 million, representing 3.2% of the population”. If you extrapolate the results to include “vegetarians, pescatarians and flexitarians, it could represent around 30% of the population, meaning that almost a third of all Europeans no longer consider themselves full meat-eaters anymore ».

In the UK alone, it is estimated that 3.5 million people, around 5% of the population, now see themselves as vegan or chooses not to consume or use animal byproducts.

It seems that putting limits on a market that is on the rise across the world and in Europe, goes against the very concept of a free market. Given the changes in eating habits that have occurred in recent years, the dairy industry risks looking “out of date” by putting forward a flawed argument about confusing customers.

Small chance that the vegan milk ban may not be approved

Now that it has been voted in by the EP, the amendment needs to be approved by the EU Council of Ministers, which will consider the proposal at the trilogue sessions due to take place at the end of January 2021.

According to Jasmijn de Boo, Vice President of ProVeg International “there is a small chance that the CAP reform package, will fall through as a whole”.

Meanwhile, a number of vegan milk producers have called upon the European Union to reject the amendment, including Swedish plant milk brand Oatly. The company has teamed up with ProVeg International and Upfield (the owner of Flora butter alternative) and launched a petition to stop the ‘dairy ban”, which has already reached more than 200 000 signatures.

You can join the fight and sign the petition here: https://stopam171.com/