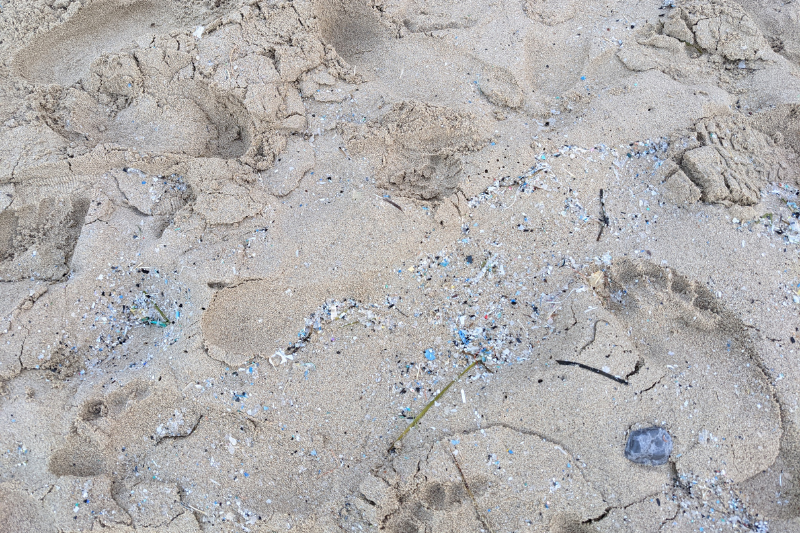 My plastic travel diary in Crete

I have been travelling to Greece for a number of years now and every time I go, I am appalled by all the plastic waste I see. Greece is a beautiful country but unfortunately it has a massive problem with plastic pollution. There is plastic litter literally everywhere you go, and it doesn’t seem to bother the locals either. The plastic litter is especially prevalent on the beaches and along the sides of the roads as you drive along. I didn’t notice the problem the first time I visited the Peloponnese in 2014, but it became more and more obvious on my second and third visits. Here are my findings after a two-week holiday in Crete.

A plastic addiction during times of Covid19

The local drink in Greece is a blended instant coffee drink which is called “café frappé”. And unfortunately, it is usually served with a plastic straw, unless you ask otherwise. Moreover, whilst many locals will drink their coffee at the local café, it is quite common for people to order their drink in a plastic takeaway cup.

Plastic bags are still widely available and systematically handed out at corner shops and supermarkets. Most of the shoppers I saw accepted the plastic bags without hesitation, even if they didn’t really need them. Moreover, plastic bags are generally handed out for produce, even though paper sachets are often available. At the supermarket, whilst most goods are sold wrapped, I was pleased to see bulk sections for nuts and pulses. Delhi counters were also widely available to buy ham, olives and cheese, especially feta, which is generally sold loose all over Greece.

Unfortunately, we saw quite a few examples of single-use plastic use due to Covid19, and presumably hygiene reasons. Even though there are several scientific findings that say that the virus can live up to 3 days on plastic surfaces. At our first hotel they gave us our cutlery vacuum wrapped in plastic for breakfast. We also saw bread wrapped in plastic being served at a few restaurants. And what is worse, plastic straws now come wrapped in a plastic sachet.

Everywhere we drove, we found the side of the roads completely covered in plastic rubbish, especially plastic bottles and cans. Sometimes there was so much litter, that it would have been impossible to pick up as an individual and it made me wonder ‘how does the rubbish end up there at all’? I can only imagine that it comes from people throwing it out of their car. Afterall in France, 30% of road users throw their rubbish out of their car window, so it must be a similar phenomenon in Greece.

Overall the beaches across Crete were mostly clean, though there would invariably be some sort of litter. Some beaches were worse than others, presumably due to their geographical situation and the ocean currents. Though I was unable to pick-up all the rubbish on the roadside, I was able to retrieve quite a lot of rubbish at the beach. Four days into our holiday and I had already filled up four bags of litter or the equivalent of a 30 litre bin-liner.

I was a bit anxious about picking up plastic rubbish during times of Covid19. But I felt that I needed to do my bit to prevent all that plastic waste from entering the ocean. Of course, my actions are just a drop in the ocean, but still I was pleased to make a small difference, especially for the World Cleanup day, which landed right in the middle of my holiday (19th of September 2020).

Plastic litter at the beach

In Heraklion, the capital city of Crete, we came across a heavily polluted beach right in the city centre. There was so much plastic litter that it would have been impossible for just two people to clean it up. Still, my husband found a broken plastic crate and we had a mini cleanup session and picked up some unsurprising items such as plastic bottles, plastic caps or metal cans and other more unusual items such as a child’s toy rake or a flip-flop. As we walked around, it became apparent that this waste had been washed up onto the beach by the waves. The good news was that it didn’t come from people littering the beach itself, but it must have come from people littering elsewhere.

We stopped at Voulisma beach at the end of the day. We sat away from the tended areas and we found quite a lot of rubbish buried in the sand, including plastic wrappers, caps as well as large fragments of plastic. But the saddest part, was seeing the way the plastic breaks down into thousands of fragments and it was really obvious on this beach. You could see this line of very fine blue debris (made up of broken-down pieces of plastic bottles and caps) on the shoreline, which ironically looked quite beautiful! This type of plastic waste would have been impossible to pick up bar sieving it.

Elafonisi beach, which is the must-see beach in Crete, was probably the cleanest beach we came across, considering how many people visit it. It has to be said the area is really beautiful and people seemed to be making sure they took their rubbish with them. I found a few bits of plastic including a discarded plastic water bottle, a takeaway coffee cap and a few caps. All in all, this beach was well tended and had a good rubbish collection system.

The beaches along the coast from Chania, however, were not in good shape. Probably due to the number of people at the beaches. One beach called Golden beach, was particularly affected by fragmented plastic debris in the sand and in and around the washed-up seaweed. Further up the coast, Iguana beach was also quite littered, and I found the usual bottle caps, children’s plastic toys and straws.

Falasarna was one of the largest beaches we visited, and it was relatively pristine at first site. However, as I got closer, I spotted a lot of straws in the sand towards the dunes, which had blown away from the tended beach areas. When I got to the shoreline, I found a whole bunch of plastic wrappers, which turned out to be… plastic straw wrappers!! I decided to walk the entire length of the beach and I literally picked up dozens and dozens of these wrappers. You had to hunt for them as they were transparent, and you could barely see them amongst the seaweed. Again, the worst patches were below the tended areas, where people had presumably ordered takeaway drinks. And unfortunately, I also came across a couple of discarded plastic bags and disposable surgical masks!

What shocked me the most during this trip, was that all this rubbish didn’t seem to bother the locals (or the tourists) at all. Locals continue to accept straws and plastic bags and at the beach they would quite happily sit next to a pile of rubbish as though it was normal. Which leads me to believe, unfortunately, that there is very little concern for the environment across the country.

Thankfully there is some light at the end of the tunnel, since the Greek government recently announced that it will be banning single-use plastic from July 2021. So, our visit wast normally the last summer before the ban. Environment & Energy Minister Kostis Hatzidakis recently introduced a bill that foresees a ban on the distribution, sale or use of plastic items such as straws, cotton buds, cutlery, plates, Styrofoam containers, drink stirrers and balloon holders. The ban on single use plastics “will be introduced to the public administration sector six months before it goes public, on Jan. 1 2021, to give businesses and people time to adjust.”

Let’s hope that this ban can change mentalities and help to prevent widespread littering in the future.